Hi, Andrew Bell here with you.

I have had increasing numbers of people reaching out wanting more information about the new high-rise development market. There are some mixed messages out there.

There is clearly quite a difference in activity throughout the country. Interestingly, new apartment settlements are on track to fall by 20,000 next year to a seven-year low. Apartment settlements, which peaked at more than 40,000 in 2018, has slowed because developers were holding back from bringing new projects to the market, according to the National Apartment Essentials Insights 2021 report. This reflected developer concerns a couple of years ago about the state of the real estate market, which was in the period prior to COVID-19. However, conditions have now changed dramatically and there is a lag time to bring new high-rise developments not just to the market but to completion, and hence the reason we are seeing the drop in settlements.

This report came out at around the same time that the peak construction forecasting body, ACIF said high land prices resulting from federal and state stimulus policies will drive buyers back into apartments and trigger a surge in new attached housing construction.

There are real concerns that once border restrictions ease and migrants and foreign students return, there is going to be huge demand for more housing and particularly apartment housing.

The report certainly identifies that whilst there was sluggishness in Sydney and Melbourne, markets such as Gold Coast, Brisbane and Perth were very active.

Of further interest is that price gains for apartments are beating those for houses in a growing number of suburbs around the country as worsening affordability and a lack of stock in housing has pushed buyers back into high-rise living. These are predominantly owner-occupiers. An analysis by Core Logic found that in more than 190 suburbs around the country, apartments have exceeded house price growth with the most affluent areas posting the sharpest gains.

There are a lot of downsizers taking advantage of the market conditions selling their bigger homes and moving into apartments. We are also seeing higher prices for apartments because developers are responding to the demand for increasing quality of apartments, which of course costs more.

Across the capital city markets, houses are on average 52.2 per cent higher than unit values, and so you can see why there is a shift to apartments.

A closer look at the Gold Coast shows approvals for new units were up 32.8 per cent for the first three months of the year. This is compared to detached housing, which saw approvals fall by 2.9 per cent. The Gold Coast accounted for 26 per cent of all apartment sales between $3 to $5 million across the country. Gold Coast was ahead of Brisbane with 22 per cent, followed by Sydney at 21 per cent in that price bracket.

There are two things to bear in mind. All this activity is fundamentally off the back of owner-occupier demand. We are just starting to see the pickup in investor demand, and whilst that won’t be for the luxury apartment, it will be for general apartments. There is still a huge demand for rental properties. We desperately need more and particularly apartments, so the increasing demand is there for investors.

When the borders open, the overseas investment demand is always aimed at high-rise apartments because they met the Foreign Investment regulations criteria for overseas investors, so watch the apartments market that is just going to continue to go from strength to strength, although we have to be aware that location location location is a critical factor for end users and overseas buyers.

I hope that provides you with a little more clarity of the brand-new apartment market moving forward.

As always, stay safe and be nice to one another 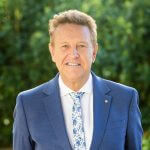 Please register your interest and one of our Property Experts will get in touch.